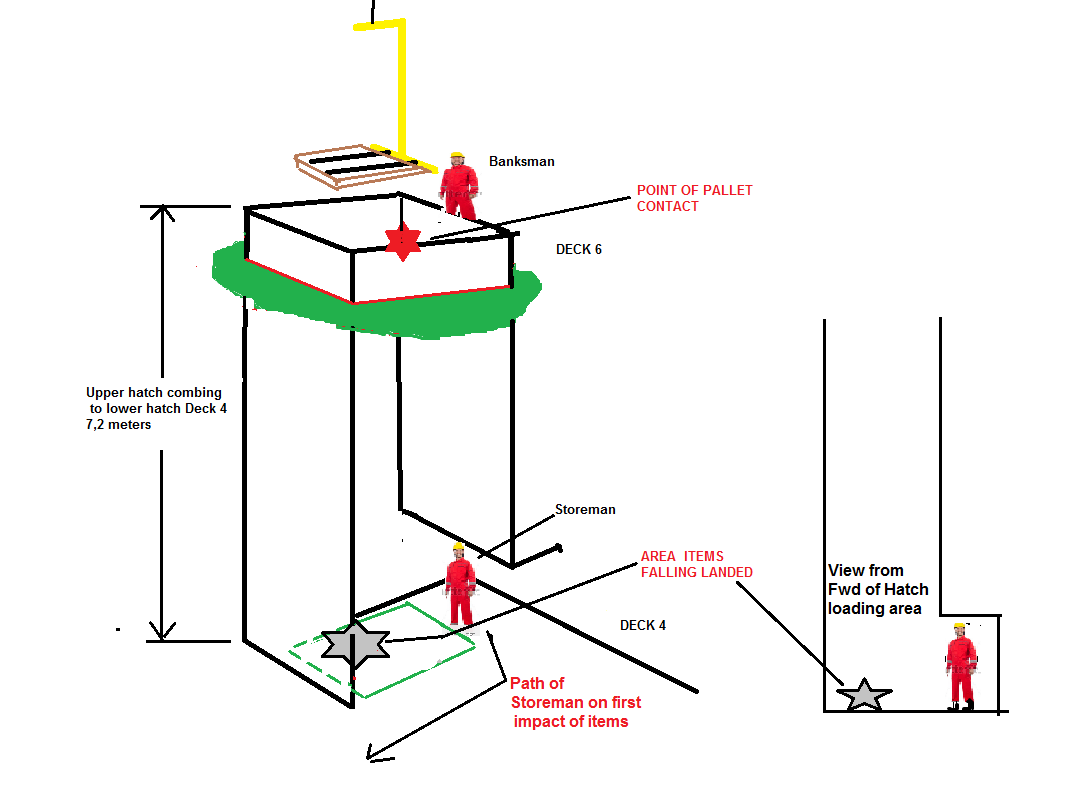 A member has reported an incident in which a pallet shed its load during lifting operations, resulting in 900kg of groceries falling 7m to the deck below. The incident occurred during a ‘routine’ lifting operation from quayside to vessel. Whilst attempting to lower a pallet laden with stores through a deck hatch, the load contacted the corner of the hatch, damaging the pallet. The cellophane wrapping split near the bottom, and the majority of the 902kg contents fell 7.2m to the deck area below. The front right corner of the pallet was hanging off but did not fall.

Although the pallet contained multiple items, the individual weights of the goods dropped were significant. Had a person been under the load and struck by a falling item, the potential severity could have resulted in a fatality.

No one was harmed during the incident however, the storeman who was receiving the load at the designated landing site had run inadvertently slipped on cooking oil which had spilled from the damaged supplies, causing him to fall to the deck onto his hands and knees.

Our member’s investigation revealed the following.

Our member identified the following causes:

The root cause was found to be complacency during ‘routine’ tasks/

The following contributory factors were noted:

Members may wish to refer to the following incidents (search words: complacency, lifting):