A member has reported an incident in which a crane boom failed under load while lifting a 37T load. The incident occurred after the load was taken up by the wire. The operator then attempted to boom up in preparation to swing the load from the jetty to the vessel. Almost immediately on booming up, the operator heard a loud bang and the load dropped approximately 30cm.

On investigation, it was found that the boom had buckled and cracked. The load was de-rigged safely; there were no injuries, nor was there any secondary damage to the load being lifted, or to the vessel.

The crane boom was disassembled and an investigation was carried out. Our member noted the following:

The main cause of the incident was found to be material failure. 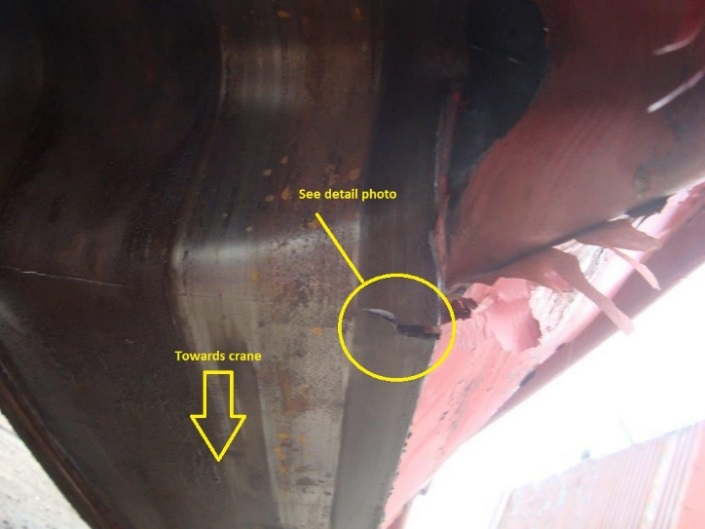 The lessons learnt were:

Our member took the following actions:

The following incident may be of interest: