The third report in the trilogy follows the publication of the Impacts, Adaptation and Vulnerability report in February 2022 and the Physical Science Basis of climate change report in August 2021.  This latest report assesses global progress on climate change mitigation and pledges and considers sources of emissions.  It further describes developments in emissions reductions and mitigation efforts.  This is a comprehensive report, drafted by 278 authors, 354 contributing authors from 65 countries reviewing over 18,000 scientific papers, and generating over 59,000 review comments.

The report tells us that average annual greenhouse gas (GHG) emissions were at their highest levels in human history in the last decade (i.e., 2010-2019), albeit at a lower growth rate than the previous decade (i.e., 2000-2009). During the same period, global GHG emissions grew by 12% and global carbon dioxide emissions by 13% (footnote 41).  The report considers the greenhouse gases of fluorinated gases, nitrous oxide, methane, net carbon dioxide from land use, land use change and forestry, as well as carbon dioxide from fossil fuel and industry, as shown in the figure below.  This also shows that the largest growth in absolute emissions was from carbon dioxide from fossil fuels and industry, followed by methane.  Methane emissions received considerable attention at the 26th Conference of Parties (COP26) of the UN Framework Convention on Climate Change COP26 held in November 2021.

A key takeaway from this latest report is that achieving the Paris Agreement targets of 1.5°C or 2°C requires “rapid and deep and in most cases immediate GHG emission reductions in all sectors”.  In 2019, the breakdown of total net anthropogenic (i.e., human-induced) greenhouse gas emissions are shown in the figure below.  The energy supply sector was the largest contributor (34%), followed by industry (22%) and transport (15%) (B2.1).

The report considers a number of future emissions pathways.  In the global modelled pathways limiting climate change to 1.5°C with no or minimal overshoot or to 2°C with immediate action, it is projected that global GHG emissions will peak between 2020 and 2025, with rapid and deep emissions reduction in 2030, 2040 and 2050 (C.1).  However, the authors point out that unless policies beyond those implemented at the end of 2020 are strengthened, GHG emissions will rise after 2025 leading to a median of 3.2°C by 2100.  (ibid)

The authors note that limiting climate change to 2°C or less will result in “a substantial amount of fossil fuels unburned and could strand considerable fossil fuel infrastructure” (C.4.4).  Carbon capture and storage (CCS), dependent on availability, may allow fossil fuels to be used longer and to reduce stranded assets (ibid).  CCS is presented as an emissions reduction option for emissions from large-scale, fossil based energy and industry sources so long as geological storage is available (C.4.6).  The authors note that “technical geological CO2 storage capacity is estimated to be on the order of 1000 gigatonnes of CO2, which is more than the C02 storage requirements through to 2100 to limit global warming to 1.5°C” (ibid).

Mitigation strategies considered include transitioning from fossil fuels without CCS to very low- or zero-carbon energy sources (e.g., renewables or fossil fuels without CCS) to very low-or zero carbon energy sources, such as renewables or fossil fuels with CCS, demand side measures and improving efficiency, reducing non-CO2 emissions, and deploying carbon dioxide removal (CDR) methods to counterbalance residual GHG emissions (C.3).  CDR is defined in the report as human-induced activities which extract CO2 from the atmosphere and then store it in geological, terrestrial or ocean resources, or in products (C11.1).  The authors further state that CDR will need to be deployed to “counterbalance hard-to-abate residual emissions…if net zero CO2 or GHG emissions are to be achieved” (C.11).

The report refers to the shipping sector, acknowledging that efficiency improvements in vessel design, mass reduction and propulsion system improvements can provide some mitigation potential but state that “additional CO2 emissions mitigation technologies for aviation and shipping will be required” (C.8.4).  The report further states digitalisation’s contribution to climate mitigation, acknowledging the value of digital technologies (e.g., sensors, robotics, Internet of Things) for improvements in energy management and efficiency, but cautioning mitigation gains may be reduced or counterbalanced by demand for goods and services due to use of digital devices (B.4.3). 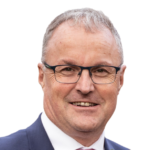