Following a review of the 2020 Annual DP Station Keeping Event Report published by IMCA in January 2021, the IMCA DP Committee agreed that an objective for 2021 was to create an information note explaining the subject of DP consequence analysis and its benefits in reducing DP Station Keeping events whether they be in the category of DP Incident, DP Undesired Event or DP observation.

The DP Consequence Analysis system can be explained as:

“A monitoring function in the DP control system that issues an alarm if the vessel, (in its current operation mode) in the current weather conditions, would not be able to keep the heading and/or position in the case that the predefined worst-case failure should occur”.

From the definition, it can be seen that this is an important operational tool for verifying the safety of DP positioning and it must be active in all class 2 and 3 operations.

IMO MSC.1/Circ.1580, Guidelines for Vessels and Units with Dynamic Positioning (DP) Systems, makes clear the requirement for DP systems to have consequence analysis functionality available to, “…continuously verify that the vessel will remain in position even if the worst-case failure occurs”.  The previous version of the IMO guidelines (IMO MSC/Circ. 645) contains very similar wording in relation to consequence analysis.

The guidance goes on to state, “This analysis should verify that the thrusters, propellers and rudders (if included under DP control) that remain in operation after the worst-case failure, can generate the same resultant thruster force and moment as required before the failure.  The consequence analysis should provide an alarm if the occurrence of a worst-case failure were to lead to a loss of position and/or heading due to insufficient thrust for the prevailing environmental conditions (e.g. wind, waves, current, etc.).  For operations which will take a long time to safely terminate, the consequence analysis should include a function which simulates the remaining thrust and power after the worst-case failure, based on input of the environmental conditions.”

Consequence analysis assists the DPO to make the necessary operational decision.  In simple terms, whenever the DP consequence analysis triggers an alarm, the vessel is already in a degraded operational condition and may not tolerate a failure and be able to maintain station keeping, and so, appropriate and immediate action should be taken to ensure the safety of the vessel.

The following considerations in relation to the use of the consequence analysis application are worthy of note:

The IMCA Marine DP Committee issue a DP bulletin four times a year covering the events that are happening in the industry.  Check out the DP station keeping events page on the IMCA web site to see the latest events being reported to IMCA.  Bulletins are available to everyone free of charge.  Click here for the link. 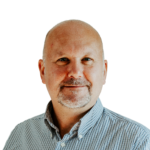