In 2016, Plymouth city officials considered celebrating the 400th anniversary of the Pilgrim Fathers sailing, in 1620, on the Mayflower to the “New World” by building a replica vessel. Whilst the gesture was well intentioned there was a small problem, it had already been accomplished. Mayflower II’s keel was laid down in July 1955, she was launched in September 1956 and in April 1957 sailed from Plymouth for the now, not so new world.

In that meeting was a gentleman, Brett Phaneuf, who builds submarines. He suggested that it would be more fitting to build a vessel that looks to the future rather than the past. So, the Mayflower Autonomous Ship (MAS) or Mayflower 400 was first conceived.

Three sets of objectives were established for the vessel:

Externally the Mayflower appears a be a normal, though very modern, vessel. A trimaran design with a central hull flanked, on either side, by an outrigger. At 15m long and 6.2m wide, constructed with aluminium and composite material, the vessel weighs around 5 tonnes.

Dual 20kW, permanent magnet, electric propulsion motors propel the vessel, and these are in turn powered by a combination of Lithium ion-phosphate batteries and solar panels on the top surface of the deck. A small diesel generator is available to assist charging of the batteries.

With no crew on board, the vessel is equipped with 3 payload bays, for scientific equipment up to 700Kg. Onboard sensors can sample and monitor the quality of water and air, monitor sea level and depth, sample water for pollutants and chemical content and listen for marine mammals.

Conceived in 2016, the vessels main challenge is to complete the 3349 miles journey between Plymouth, Devon, England and Plymouth, Massachusetts, New England (see image 2) autonomously under the control of her AI Captain. During her voyage the Mayflower will pass over the resting place of the RMS Titanic. Brett did however express the hope that he would not actually see the Titanic.

The use of uncrewed surface vessels (USV’s) has become more common, in the offshore industry over the last few years, carrying out various types of survey, and their use will increase significantly over the next few years. These USV’s, although crewless, are under the control of an operator located remotely either in a remote-control-centre (RCC) also known as a remote-operations-centre (ROC) or onboard another platform or vessel and usually under line of sight (LOS) control. More advanced systems are now capable of over the horizon (OTH) operations where the communication for control and data are provided via satellite link.

Mayflower 400, although able to be controlled remotely by an operator, is designed to be fully autonomous and able to make independent decisions based on the onboard sensor information and edge processing on board the vessel. The vessel is constantly monitored by human operators and can, be controlled, if necessary remotely, although this is precautionary and not the standard mode.

Mayflower 400 is designed and built as a fully autonomous vessel. An onboard decision-making system controls the navigation and movements of the vessel. The vessel is constantly monitored and can, if required, be controlled remotely from shore.

The 5 basic functions of the MAS 400’s AI captain which allow the facilitation of automated decision making are:

The vessels systems take an unstructured set of inputs, rationalises them and confirms compliance with the rule set and selects the most appropriate action to follow.

Sense
With no crew on board, Mayflower relies on a series of sensors to monitor the immediate environment around the craft:

Assess
An IBM Operational Decision Manager (ODM) is used to assess data based on predetermined rules. In the case of Mayflower, the ODM is programmed to follow the IMO COLREGS and SOLAS rules. The ODM evaluates COLREGS, with respect to other vessels in the vicinity and generates a “risk map” which highlights any potentially unsafe situations. For any given situation the possible options are compared to the rules and the optimum course of action selected. Usually deals with 1-1 vessel situations.

MAS’s AI Captain takes the ODM recommendations. image input, current and forecasted weather and assesses several options to avoid a hazard. The IBM ODM system is based on the same systems used in banking to make financial decisions on loans etc.

Decide
The IBM CPLEX ODM provides a further level of assurance in the decision-making process and assists in filtering and selecting the most appropriate action to be taken considering all of the available inputs and rules. Assesses the situational position between the vessel and all other vessels in the vicinity and allows for weather and available maps considerations.

Verify
Red Hat Enterprise Linux (RHEL) is an open-sourced operating system which, on Mayflower, acts as an emergency management system. In the event that the vessel becomes unresponsive the system will assume control.

Act
The AI Captain determines the best action for MAS. Mas’s Safety Manager verifies the decision is safe and the AI Captain instructs the Vehicle Management system to alter course and speed.

To sense its environment and make smart decisions, without connecting to an onshore computer, IBM Edge Application Manager manages edge computing devices and processes data onboard.

When the vessel has communications with shore, all the latest available data is updated constantly to the onboard storage. If communications are lost, the vessel uses the most up to date data, which has been downloaded. The systems on board sensors provide real time data and provide the basis on which the AI decision making process is made.

In addition to proving the autonomous technology, the main aim of the Mayflower is to provide a platform for scientific experiments to increase our knowledge of the oceans and transform how this data is gathered.

To facilitate these experiments Mayflower has 3 payload bays for sensing and recording equipment.

On the edge of technology
Although demonstrating that the use of an autonomous vessel is feasible and possible are high priorities, one of the main objectives of the Mayflower is to provide an autonomous platform for a range of scientific experiments to gather data on the oceans. The need to better understand the impact which we are having on the oceans can be achieved through monitoring various parameters through onboard sensors and experiments. The use of smaller, uncrewed vessels for this purpose allows for this valuable research to be carried over longer time periods, more often, at considerably less cost and in a more environmentally friendly manner.

The vessel utilises Satellite comms, 4G and 5G to communicate between vessel and shore but these can all be intermittent or suffer latency issues. Weather, sea state, physical obstructions or severe vessel attitude could all

cause communications issues as could systems outage or equipment failure. Whilst system redundancy will allow some protection from equipment failure there is little that can be done about other signal outages.

So the craft utilises edge computing, where essential data processing is carried out locally. External data is received on the vessel, and processed data and experiment data is transmitted to shore when there is a stable connection. Since the vessel is autonomous and decides actions for itself this process is not interrupted when a signal loss occurs. Remote control however cannot be achieved without a stable communication signal to the vessel.

Essentially the transmission and receiving of data is carried out using an inbox and outbox type arrangement similar to email systems. When a communications link is available, data is transferred between the vessel and control centre, via cloud synching with the most current data being updated.

An interesting feature of the Mayflower programme is to allow general access to live data from the vessel.

Access can be gained at https://mas400.com/dashboard and allows the viewing of:

Mayflower latest
In June, the Mayflower sailed from Plymouth for the transatlantic crossing attempt. Unfortunately, 4 days into the voyage, a mechanical problem occurred, and the vessel returned to Plymouth.

A motor exhaust coupling fractured, and the decision was made to abandon the crossing attempt.

The vessel is now serviceable and was re-launched on 7th September to continue its testing and scientific research schedule.

A series of Autumn and Winter cruises are planned along the UK coast and camera and data feeds will be available on the website.

The next Atlantic crossing attempt is planned for Spring 2022. 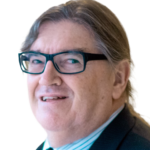