The race to achieve zero emissions has increased significantly in recent times in order to comply with the United Nations Framework Convention on Climate Change and will continue to do so across all sectors – including shipping – until major step changes have been reached.

Environmental sustainability is one of IMCA’s key strategic themes and the association is, as my colleague Margaret Fitzgerald, Head of Marine Policy & Regulatory Affairs, explained in the December issue of OSJ actively engaging with the International Maritime Organization’s (IMO) ‘Initial Strategy and the Reduction of Green House Gas (GHGs) Emissions from Ships’. Adopted in April 2018 it aims for a reduction in total GHG emissions from international shipping by at least 50% by 2050 compared to 2008 levels, while pursuing efforts towards phasing them out entirely.

The challenge with DP vessels is that most of the time they are designed to remain stationary offshore to ensure they maintain accurate positioning, with carefully controlled movement, for safe and efficient construction work. This makes them unique in comparison to other maritime activities such as cargo or passenger shipping.

IMCA’s Marine Technical Team is working with its relevant committees, to produce guidance.  Production and publication of such a document is an extensive process, involving all-encompassing work gathering technical information and data; approval by relevant technical committees and then given final approval by IMCA’s Operations Committee. 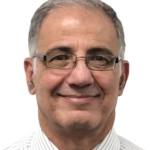 To fill the gap in technical documentation within the industry until such times as an all-inclusive guidance document is released IMCA has produced introductory guidance on the subject.

The ‘Introduction to Hybrid Battery Systems for DP Vessels’ (IMCA M 250), will be available online to all members from the end of December. Non-members will be able to purchase this document via the publications section of our website. The document  covers system structure; types; hybrid system protection and discrimination scheme; advantages; considerations for new build and existing vessels; and operation, maintenance and safety aspects of hybrid systems.

The advantages of such systems are threefold:

IMCA’s introductory document considers the different aspects, advantages, challenges and viability of using a battery storage system in a DP vessel. Though there are various methods in which such a system can be implemented in a DP vessel, the underlying principles remain the same.

One major concern about any battery hybrid system is its safety. This is due to the wide use of lithium ion batteries as an inherent part of the system. This major aspect, along with its interface with DP and the main control systems, is partially discussed and elaborated on with the help of diagrams in IMCA’s introductory document. To avoid complexity, the guidance note focuses mainly on the main switchboard application of the battery storage system, again with the help of diagrams.

As proof of the effectiveness of hybrid vessels, in November the ‘Seven Viking’ won Subsea 7 and Eidesvik the IMCA Environmental Sustainability Award.  It was successfully converted in January 2019 from conventional to hybrid operation as part of the agreement with Equinor under a new long-term Inspection, Maintenance and Repair (IMR) services contract in Norway. This involved installation of a battery system and land-based power supply.

The conversion has resulted in significantly lower fuel consumption and associated reduction in emissions to air.  Results after eight months in service show fuel savings of 15.8%, corresponding to an impressive annual reduction of around 2,400 tonnes of CO2. Another benefit is that as the battery system is approved as a spinning reserve, the operating hours of the engines are reduced by 33%, and the vessel has experienced additional DP capability.