IMCA has been instrumental in the IMO establishing a Correspondence Group to revise the IMO Diving Code. The go ahead to progress with the revision and update of the IMO Code of Safety for Diving Systems and the Guidelines and Specifications for Hyperbaric Evacuation Systems was given following a review by the IMO Sub-Committee on Ship Systems and Equipment early in March.

Two proposals, which were prepared and submitted by IMCA and its co-sponsors, IMO Member States – the Bahamas and the Marshall Islands, received overwhelming support.

The Diving Code was last revised in 1995, but that revision was almost entirely editorial in nature so in essence the code is almost unchanged from its original form in 1983 – 37 years ago. IMCA recognises that there is a significant amount of work to be done in order to achieve the necessary updates and looks forward to working with IMCA Members and IMO Member states. This gives us a platform to be able to update legislation to protect the safety of divers right across the marine contracting sector.

To support the papers and increase awareness amongst Member States of the need to update the Diving Code, IMCA hosted a lunchtime presentation in a busy plenary session where three industry diving experts (IMCA Members Tony Greenwood, ExxonMobil and Rob Rostron, DNVGL, and Bryan McGlinchy of IMCA) explained the need to review the Code. IMCA also hosted an informative display, comprising a diving mannequin, video footage and graphic panels, which was exhibited throughout the week-long meeting. Margaret Fitzgerald, IMCA’s Head of Marine Policy & Regulatory Affairs chaired the lunchtime session and was instrumental in garnering support from IMO Member States and guiding the team through the process.

During an evening reception on the opening day of the SSE meeting, Mr Kitack Lim, Secretary-General of the IMO, visited the display and chatted with IMCA’s team and supporting Member States.

IMCA’s expertise in commercial diving dates back through its heritage to 1972. IMCA works tirelessly to address diver safety, promote safe working practices in the oil and gas industry, and support the interests of its members.

IMCA has held consultative status with IMO since 1999 and is actively involved in all areas of IMO’s work on behalf of its members.

The Correspondence Group is tasked to: 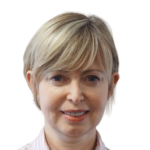 The IMO Diving Code has not been revised since 1995.

Representatives from the Bahamas Member State with IMCA Members and Secretariat in front of a diving display at IMO London.