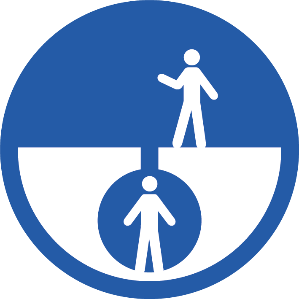 The United States Coast Guard (USCG) has issued Marine Safety Alert 04-19 entitled Confined spaces: silent and invisible killers.  It serves as a reminder that despite decades of work to improve confined space entry by maritime safety organizations, training institutions, and vessel owners/operators, the risks have not been eliminated.  This is illustrated by a recent casualty where three persons lost their lives while working on-board a laid-up mobile offshore drilling unit (MODU).  Although the investigation is not yet complete, the following information is being conveyed with the continued hope that it will highlight this hazard with the aim to prevent recurrence.

Ten crewmembers were on-board the MODU preparing it for a heavy lift transport to an overseas ship breaking facility.  Seven of the crew on-board were involved in dewatering the legs of the MODU.  They were experienced mariners but lacked MODU experience.

The superintendent, captain, rigging master, fitter, and an AB (AB2) were on a dinner break while another AB (AB1) and the electrician were assigned to oversee the dewatering operation.

Without notifying anyone, a crewman (AB1) descended into a confined space (one of the legs of the MODU) to check something.  An electrician became concerned when he failed to see the AB on deck and he descended into the leg himself, only to find the AB collapsed and unconscious.  Although nearly overcome by the exhaust fumes himself, he was able to safely escape and notify others.  A second AB (AB2) then descended to assist the first; a fitter went to notify the captain.  The captain, superintendent and fitter then, notably without safety equipment, descended into the leg to assist AB1.

AB2 collapsed and became unconscious one level above where AB1 had collapsed.  The fitter was also overcome and collapsed next to AB2.  The captain and the superintendent then managed to escape the leg with assistance from the rigging master who had entered the leg with a self-contained breathing apparatus (SCBA) brought on-board from another vessel.  In the end, both ABs and the fitter died whilst the captain and ship superintendent were airlifted to a hospital and survived.

The USCG strongly encourages all who work or may be employed on-board vessels in any role, whether they be senior shipboard officers or crew, riding crew, shore side managers, owners/operators, and other personnel to:

Continually appreciate the dangers involved in confined space entry and educate yourself by further study – the web page here is recommended.