During preparations for disconnecting a tow tug which was moored to a barge in turn moored to the jetty, a crew member of the tow tug fell into water between the tow tug and the barge.  A second crew member also fell into the water during attempts to rescue his colleague.

Following a worsening of the weather, it was decided to disconnect the tow tug from the barge.  The Chief Mate stepped over to the barge to check certain equipment, but found that he needed a torch to do so.  He called for a torch by radio.  An AB collected a torch and made his way to deck where the 2nd Mate was acting as safety watch for the Chief Mate.  The AB handed over his radio to the 2nd Mate, who did not have a radio.  Whilst the 2nd Mate was occupied with the radio, he took his eye off the AB who, at this point, fell into the water.  When the 2nd Mate realised what had happened he shouted “Man Over Board” and attempted to rescue the AB.  During his attempts he also fell into the water.  In the meantime the MOB alarm was raised and all hands were on deck.  The 2nd Mate was helped out of the water.  The AB was still in the water and had now lost consciousness.  After a number of attempts he was pulled towards the rescue zone door by a boat hook, where he was manually lifted out of the water. The 2nd Mate was treated for hypothermia. The AB was administered CPR and AED by the crew until medical assistance arrived.  The AB was medevaced by helicopter but did not survive.

Our member notes that both the AB and the 2nd Mate were wearing inflatable lifejackets which slipped up their heads whilst they were in the water. 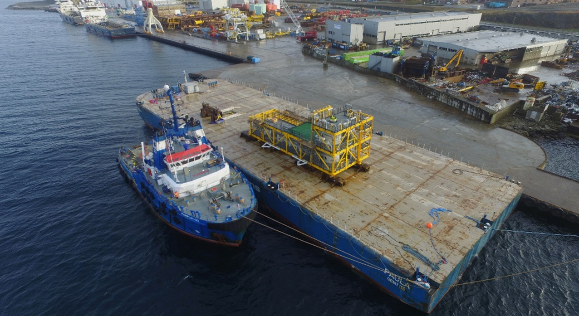 Members may wish to refer to