During debris removal/recovery operations being undertaken along a subsea cable trenching corridor, several items of unexploded ordnance (UXO) were bought to the surface and landed on deck with recovered debris.

During the initial phases of the operation, several boxes previously classified as concrete debris were investigated and observed to be boxes containing dumped munitions. These boxes were left in place on the seabed. Later in the operation an item recovered, believed to be ‘machine parts’, was recovered to the vessel deck. The box was handled by vessel crew before they realised it was a WWII munitions box. Expert advice was obtained and the UXO was returned to the seabed.

Investigation determined that the likelihood of an uncontrolled detonation was low. However, since the potential risk at the time of handling was unknown, the situation was defined to be out of control and thus classified as high potential.

Our member noted a number of barrier failures leading up to the recovery of the debris: 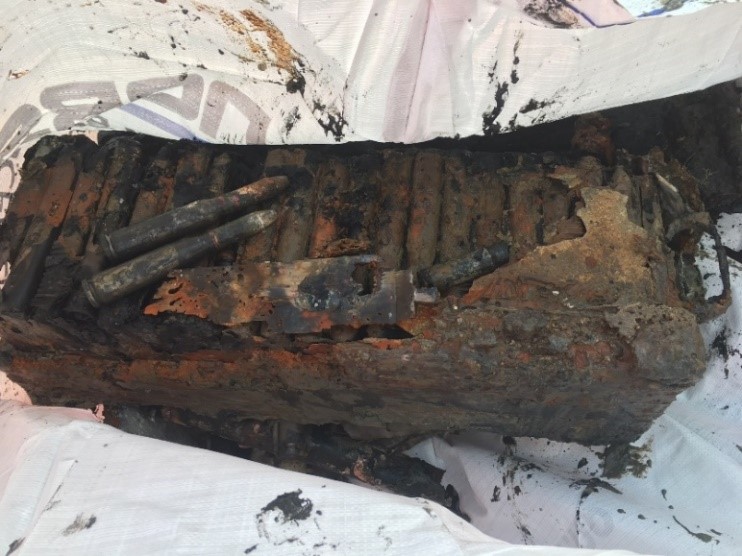 What were the main lessons learned?