A member has reported a number of incidents involving the small workboats used in the offshore renewables sector.

After servicing of a vessel’s electrical generator (auxiliary power unit) it was found that the motor could not be returned to a functioning service. 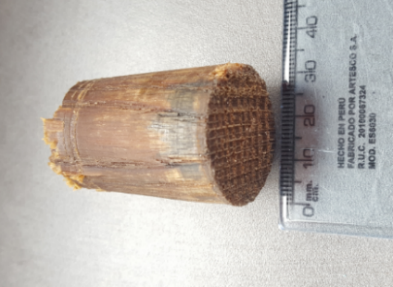 When performing a minor repair, a wooden bung had been used to prevent any coolant loss during removal of a pipe. The repair was completed and the pipe was replaced, but without the bung being removed.

Incident 2: Navigational near-miss with a third-party vessel whilst working in a DP 500m zone

Whilst approaching the boat landing of an accommodation vessel stationed on DP, a Crew Transfer vessel (CTV) had to abandon its manoeuvre as another CTV came into visibility with a direct heading for collision. Both vessels were able to navigate away from a collision at the last moment but it was believed that the distance between the two CTVs came within one boat length. The incident occurred in heavy fog.

After waiting within the 500m zone of the DP stationed accommodation vessel, the CTV received a call from the accommodation vessel to make an approach to the boat landing, and started to do so, following departure of another vessel. In the final approach (two boat lengths out) the Master spotted an unknown CTV approaching fast on the starboard side in the heavy fog. This CTV had not called into the 500m zone (there was no procedure in place to do so). Because the Master of the CTV was concentrating on the boat landing, he was not monitoring his radar, and had not spotted the incoming CTV earlier. Once he made visual contact with the approaching CTV both vessels raised power and engaged reverse thrust. The vessels both stopped in time. Eye witnesses on board the accommodation vessel say they came within one boat length of collision.

Our member concluded that the Master of the unknown incoming CTV was navigating too fast for the localised weather conditions (heavy fog) and local navigable environment (three vessels in 100m). He had not informed any of the other vessel in his proximity of his position, speed or destination.

Our member recommended the following:

Incident 3: CTV was left with no-one in command during passenger transfer via boat landing

Whilst performing passenger transfer with a jack-up barge in port, with the bow pushed against a boat landing, the Master of the CTV left the helm and went onto the back deck for a cigarette leaving the vessel “not under command”.

One of the passengers already on board the CTV (the Captain of the jack-up barge) noticed this and ordered the CTV Master to return to the helm. The Master returned and the transfer continued, the crewman (busy with the transfer interface) had been unaware that the Master, after giving him the visual signal to begin transfer, had then left the helm.

Our member concluded that the CTV Master, due to his own complacency, decided that he was able to leave the helm position without a change to the CTV’s position on the boat landing (whilst underway). He knew that by doing so he was knowledgably failing to comply with the written safe working procedures of the company.

An onsite safety meeting was held with the crew and the shore based manager to highlight the correct company procedures and good safety practices.

Members may wish to refer to the following incident (search words: (1) bung, (2) collision):