At 1749 on 27 January 2019, the chief engineer on-board the tug Millgarth, fell into the water from the North oil stage at the Tranmere Oil Terminal at Birkenhead, England.  He had released Millgarth‘s mooring lines and was attempting to re-board the tug.  His lifejacket inflated automatically on entering the water and his crewmates were able to recover him alongside the tug within 5 minutes.  The crew were unable to lift the chief engineer out of the water because he had quickly become incapacitated in the cold water and lost consciousness.  He was recovered at 1811 by the crew of rescue boat Marine Fire Rescue 1; he had suffered cardiac arrest and could not be revived. 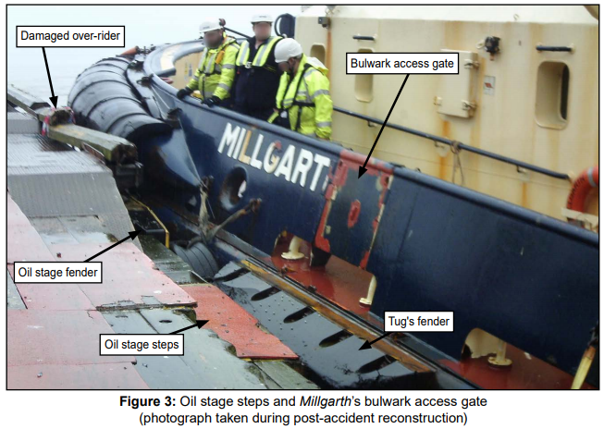