A member has reported an incident in which a second engineer suffered a serious injury leading to the loss of the tip of his left middle finger. The incident occurred during valve operation function tests on a remotely operated pneumatic controlled valve for a vessel fuel system. There were some issues with the opening and closing of one particular valve. The decision was taken to change out the valve. 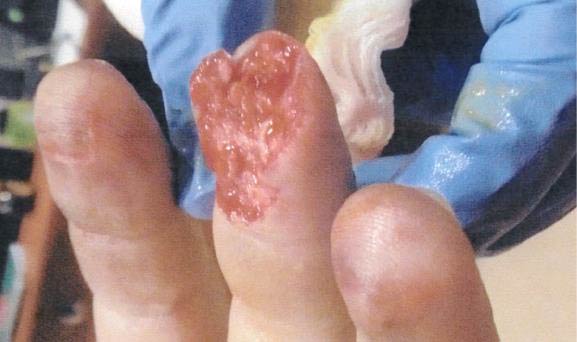 A second engineer and the motorman wanted to test the new valve before it was mounted. The actuator and valve were on the engine room deck, and the air supply to the system was disconnected, but cables for remote control of the actuator were connected.

The second engineer used an air-gun to supply low pressure compressed air to the valve, instead of reconnecting the valve to the system air controlling pneumatic valves. During this pre mounting test, the valve did not open properly and got stuck in a half-open position. The engineer tried to move the valve-flap with his fingers. At the same time, he supplied air to the actuator with the air-gun. The valve-flap suddenly closed, and the tip of his left middle finger was cut off by the valve-flap. The engineer was medevacked.

Our members’ investigation noted the following:

Following the ‘safety stand down’ and discussion, our member took the following actions:

IMCA publishes a range of safety promotional material which will be useful to members in addressing this incident. In particular, members’ attention is drawn to the pocket card ‘watch your hands‘.