UK Step Change has published two recent safety ‘moments’ relating to battery safety in two different battery chemistries – the first in a lead/acid battery, the second, in a lithium-ion battery.

Weekly maintenance on a lifeboat involved charging the 12V starter battery, conducting voltage checks and starting the lifeboat engine.  Following the charging and completion of voltage checks, the battery compartment hatch was closed, and the engine started.  At this point the battery exploded.  Pieces of the battery and fluid were expelled from the compartment having been partially restricted by the closed hatch lid. 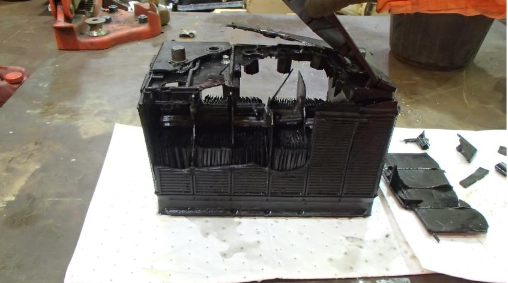 No-one was injured by the blast; the lifeboat itself was undamaged.

Overcharging caused a depletion of electrolyte within the battery and generation of an explosive mixture of hydrogen and oxygen gas.  An internal electrical fault allowed for the ignition of this mixture upon start up.

What actions were taken?  What lessons were learned?

The full Step Change alert can be found here.

During a general fire alarm, a deluge system was activated and as a result, a piece of inspection equipment got soaked, causing the internal electronics to become saturated and short circuit.  Afterwards, the lithium-ion battery was removed and found to be overheating.  Shortly thereafter, the battery started to smoke, and then catch fire.  Fortunately, the fire was controlled and extinguished immediately.  However, the outcome could have been much worse. 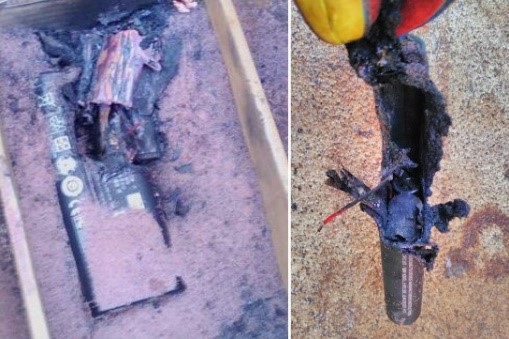 A wide range of safety incidents relating to batteries of all kinds, can be found here: www.imca-int.com/alerts/search-safety-flash/?swpquery=battery.