Here are two recent prosecutions brought by the UK Health and Safety Executive, both relating to inappropriate working arrangements with live power.

Two self-employed workers received serious burns to their hands whilst using a drill to attach a pre-fabricated cowling to a cable tray. The incident occurred when one of the fixings went into a live electrical cable, striking one of the phases and causing an explosion. See here for the full press release. 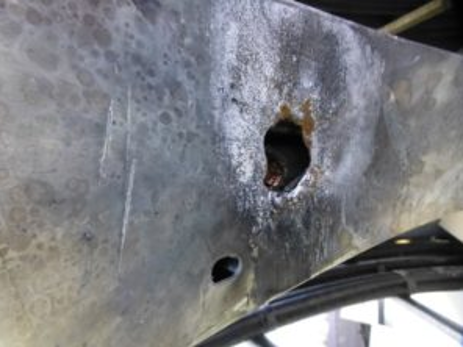 Investigation by the Health and Safety Executive (HSE) found that the company’s risk assessments and method statements did not consider the risk of drilling into cable trays containing live cables, isolating the electrics to complete work, or other methods of fixing which did not involve drilling.

The company was fined Â£20,160 and ordered to pay costs of Â£1,178 for failing to protect its self-employed workers from the risk of a cable strike explosion or electrocution whilst carrying out repairs

The HSE inspector noted:“This incident demonstrated the importance of the role of those preparing the job. The company overlooked the 415V 3 phase cabling they were drilling in towards. A cable strike, even at this voltage, can cause a major explosion. This incident has left two men with long-lasting burn injuries and they are now unable to work for a long time.”

A member of the public received an electric shock when helping with the delivery of a freight container. A crane driver made contact with an 11kV overhead power line with the crane arm of the vehicle he was using to deliver a storage container. This resulted in a person who was assisting, suffering an electric shock. The full press release can be found here.

Investigation by the Health and Safety Executive (HSE) found that the crane driver – a partner in the firm – had failed to carry out an assessment of the area and consider the risks present to determine an appropriate method of delivering the container.

The HSE inspector noted:“Risks from delivering and lifting near overhead power lines are well known. This injury could have been easily avoided if a proper assessment of the area was carried out considering the risks present.”

The partner in the firm was was sentenced to 12 months in prison suspended for 18 months and 240 hours of unpaid work, and was also ordered to pay compensation to the injured person of Â£4,000, plus costs of Â£8,000.