A riser moved unexpectedly away from the vessel. The incident occurred during the deployment of a production riser from a hang-off frame located starboard aft. All rigging had been connected and the crane had taken the load and slewed inboard to allow the removal of the hang-off plates and beam. A 3-tonne lever hoist was also attached to assist in this activity. The rigging team were about to remove the chain hoist (before slewing the crane outboard) when there was an unexpected sudden movement of the riser to starboard. The chain hoist parted and the riser moved clear of the hang-off platform to approximately 8m off the vessels side. 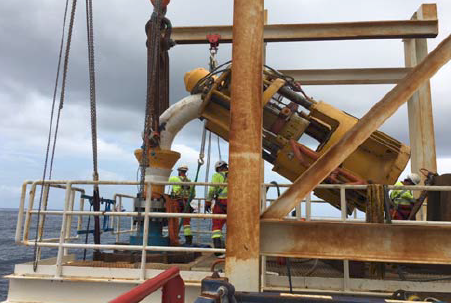 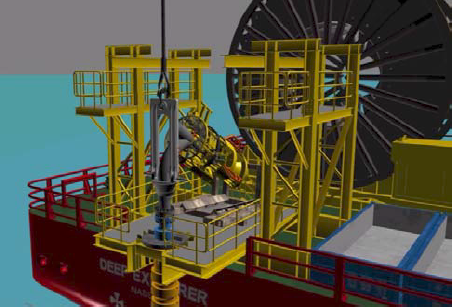 The proposed arrangement had been risk assessed and it was noted that the riser was leading away from the vessel (this was in line with the written procedure). A decision was made to install a bellyband (soft sling) around the riser which would be connected to a lever hoist. This would be used to steady the riser to assist the riggers in the removal of the hang-off collars and beam. This rigging was arranged and secured to the riser end fittings and the process of deployment continued. The bellyband was in addition to the existing procedural requirements, but there had been no management of change (MoC) process followed for this addition.

The crane was slewed inboard to allow the removal of the beam (as per procedure). Once the hang-off collars and beam had been removed, the crane operator requested a movement outboard as he was concerned with the 3Â° side lead on the crane wire. The confirmation was to move the crane outboard ‘just a touch’. Two personnel remained in position to remove the additional rigging. The CCTV footage showed the crane slew to the left and come to a stop. Almost immediately, the bellyband lever hoist failed. The riser suddenly moved left, bending a section of handrail on the hang off platform as it moved.

Our members’ investigation concluded that the causes of the incident were a lack of risk perception and the failure to follow procedures (engineering and MoC). Key points include:

What actions were taken? What lessons were learnt?

Members may wish to refer to the following incidents: