A member has reported a blown-out pillar valve resulting in injury to a diver working on deck.

The diver had been assigned to recharge a number of bale-out cylinders using compressed air, considered by the member to be part of ‘routine’ operations. The recharging was performed in a dedicated open deck area. In this instance, the recharging of this particular air cylinder was being carried out for the first time onboard, as the cylinders had been delivered to the worksite empty due to safety consideration during transportation.

After hearing a loud noise, members of the dive team immediately proceeded to the recharging station where the injured diver, who had been working alone, was found laying down on the deck bleeding around his right eye. The cylinder pillar valve was found to be disconnected from the air cylinder.

The injured diver was found to be unconscious but regained consciousness after having been moved to a safe location.

Medical treatment procedures were initiated, resulting in the injured diver being given first aid on-site and subsequent medevac to shore. 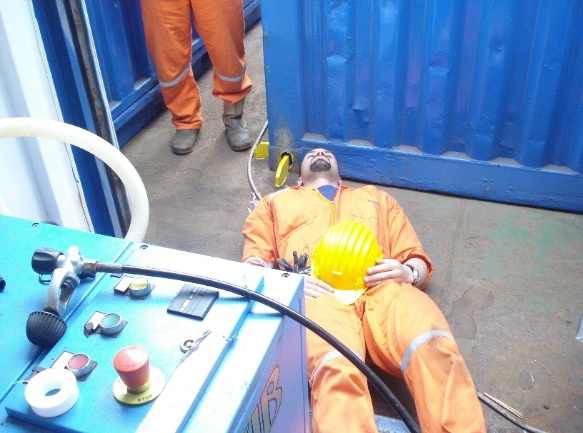 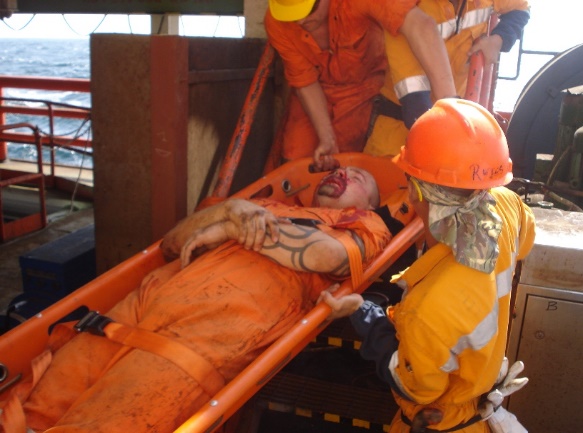 The incident investigation carried out by the member company found that the diver had sustained a head injury due to the accidental disconnection of the air cylinder’s pillar valve, coupled with the filling hose of the air compressor contacting the diver’s head. 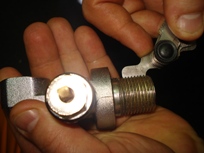 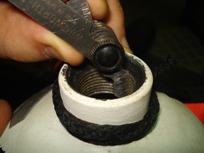 The investigation further found that the assembly procedure had not complied with EN 250-2000 and EN 144-1; a company requirement where only metric threads are to be used.

The member stopped all activities, checked all air cylinder threads and pillar valve threads for compatibility, ensured their appointed subcontractor had developed working procedures and instructions for marking and checking pillar valves and air cylinders, and ensured that a QHSE (quality, health, safety & environment) audit of the subcontractor had been performed onboard and at their premises onshore.

The member company further stipulated that a dedicated JSA/HAZID was to be developed for each critical operation.