A member has reported a dropped object incident in which a CCTV camera (weighing 5.8kg) fell approximately 3m down a crane pedestal ladder before being arrested by its data cable, which prevented it falling on to the main deck. A 50Te crane was tasked with the recovery of subsea equipment. During this operation the crane was started and rotated outboard portside in order to deploy the hook to seabed.

This 50Te crane was designed with a fixed access ladder, complete with a ‘backscratcher’ from the main deck to the first level walkway on the crane pedestal, a height of 7.4 meters. From this walkway, there are three additional ladders fixed to the crane, two of which are for maintenance purposes and the other leads to the crane operators control cabin. These additional ladders rotate with the crane as it is slews in the required direction.

As the crane was rotated, one of these ladders caught the CCTV camera that had been secured to the walkway following maintenance during the previous shift, pulling it approximately 1 meter to the access hatch, where it fell before being arrested by the data cable. 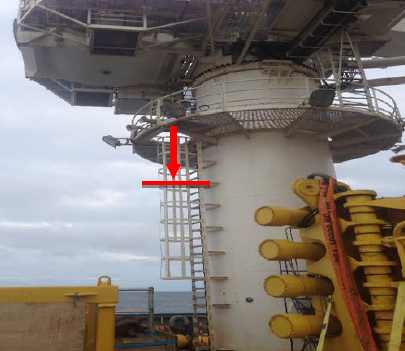 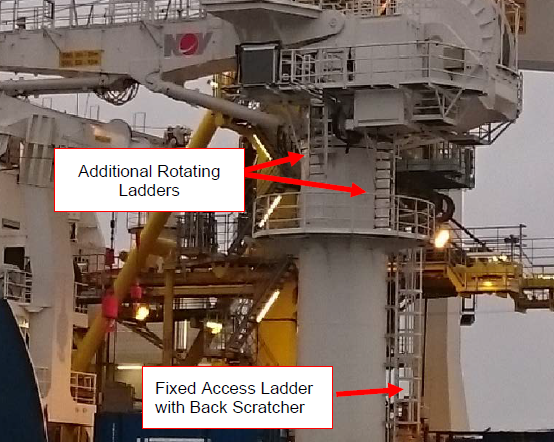 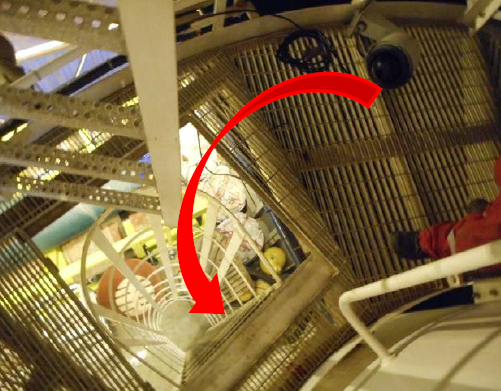 Our member’s investigation noted the following:

Members may wish to refer to the following incident (search word: crane):