A yard worker fell 4m from the main deck to a mezzanine deck. The injured worker suffered a compression fracture in his right ankle. 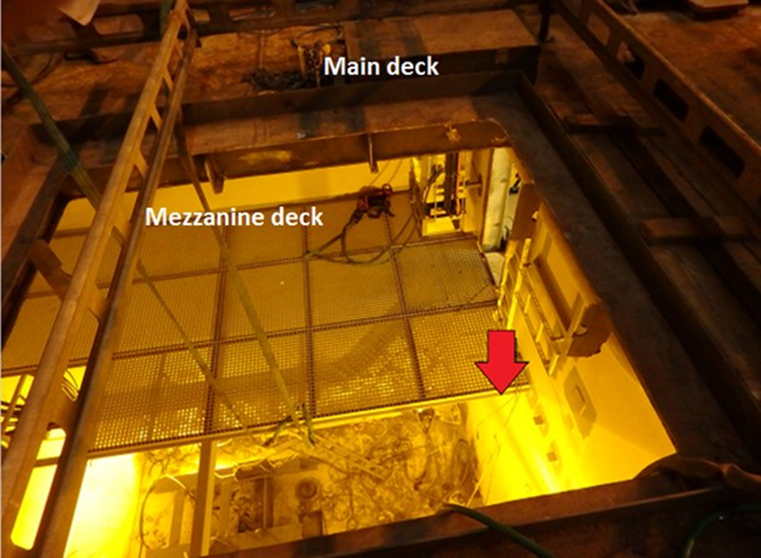 A piece of grating got stuck on an edge on the main deck. This was observed by a co-worker who happened to be nearby. He intervened in the work operation. The workers on deck shifted the grating about 15 centimetres. As the grating shifted, the new worker continued to hold onto it, lost his balance and fell.

The injured worker was a part of the scaffolding team but was not a part of this planned operation. He decided to help his co-worker. He was wearing a fall arrester but did not clip into an anchor point.

What lessons were learnt?

Executive (high level) commitment to safety is paramount for building a strong safety culture – particularly when multiple organizations are working together in a shipyard.

Members may wish to review Guidance on safety in shipyards.

Members may also wish to review the following incidents: